Sertraline is well-tolerated in older adults: Start with 25mg daily, go as low as 12.5mg if they are in the 90/90 club (older than 90 or weigh less than 90).  Higher doses can be overly activating. Think of sertraline as an upside-down U (kind of like your golf score when drinking). Your pt might start to look better when you push the dose, but it's easy to over-shoot your goal, and then it's all downhill. How do you know when you've gone too far? Watch for bad dreams, worsening of anxiety, they can look a bit tremulous.

Watch out for excess activation when you combine 2 agents that are both boosting NE. For example, duloxetine + mirtazapine.  Or bupropion + venlafaxine. The psychopharmacology guru Stahl calls this "California Rocket Fuel", which is an appropriate nickname. CRF can cause your frail elder to become very, very, very agitated.

ALL:  Risk of neuroleptic malignant syndrome.

ALL: Risk of tardive dyskinesia.

ALL have weight gain, risk of diabetes, hyperlipidemia (monitor glucose on all of them)
ALL: Enhance effect of antihypertensives.

OR, you can do this:Take the smallest pill that it comes in, and cut it in half if they are GSN, or into quarters if they are in the 90/90 club. That works too.

These  can be helpful:

These are not helpful:

First, go read the section on sleep. Don't just start here. There is no one-size-fits-all agent for sleep in elders.

Nonbenzodiazepines:
- Zaleplon (Sonata): Half-life is 1 hr. Good for sleep onset, not so good for sleep maintenance. Avoid long term use
- Zolpidem (Ambien): Half-life is 1.5 - 2.5 hrs. Good for sleep onset. Some morning hangover. Avoid long-term use.
- Zolpidem CR: Half-life is 1.5 - 2.5 hrs, but released over longer duration to help with maintenance.
- Eszopiclone (Lunesta): Half-life is 5-7 hrs, longer in elders. Higher risk of next-day impairment.
Benzodiazepines:
- This should be your last, last, last resort. Try low dose temazepam if you have to. Avoid estazolam, flurazepam, quazepam, or triazolam.
Melatonin agonists:
- Melatonin: trick is to give it at least an hour prior to sleep, even as much as 5 hrs in some cases. Dim light melatonin onset (DLMO) is the evening increase in endogenous melatonin, and is delayed in pts with delayed sleep phase syndrome. Exogenous melatonin tx given FIVE hours before DLMO is effective for promoting sleep onset.
- Ramelteon (Rozerem): Improves sleep latency, but not sleep maintenance. Not limited to short-term use.
Antidepressants:
- Doxepin has an FDA indication for insomnia; keep dose at 3mg or less, and watch for cognitive impairment.
- Amitriptyline: cognitive risk tends to outweigh potential benefit, try to avoid it.
- Trazodone: orthostatic hypotension risk tends to outweigh potential benefit. Also disrupts REM. Has fallen out of favor in geriatrics.
- Mirtazapine: protects sleep architecture. Good for short term, but benefit may be short-lived. Sedating effects often normalize. Keep the dose at 7.5mg or less.
Antipsychotics:
- Not recommended for tx of insomnia in pts without psychosis. Quetiapine should not be your first-line tx.
Herbals:

- Not regulated. My momma always said unregulated OTC herbals were like a box of chocolates. You never know what you are gonna get. Run, Forest, run!
- Chamomile, Kava, wuling - no benefit over placebo, and risk of contaminants
- Valerian - hepatoxicity risk, acts like a benzo, including a butt-ugly withdrawal that can cause psychosis. Avoid.
- Melatonin - best for pts with circadian sleep/wake rhythm disorder or if low melatonin levels. See above.
Mood stabilizers:
- Gabapentin. Useful, is also one of the only agents that enhances slow-wave delta sleep, which may be helpful for chronic pain syndromes.
What about the orexin receptor antagonists?
- Suvorexant (Belsomra): keep dose low d/t next-day impairment. High potential for abuse. Plus, it’s expensive. 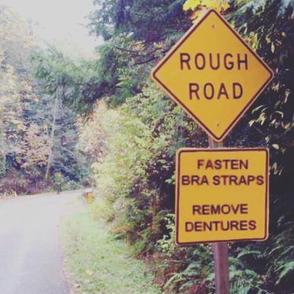 These tips are offered with no implied warranty, they may or may not be helpful for your particular patient, and you still must use your own brain.